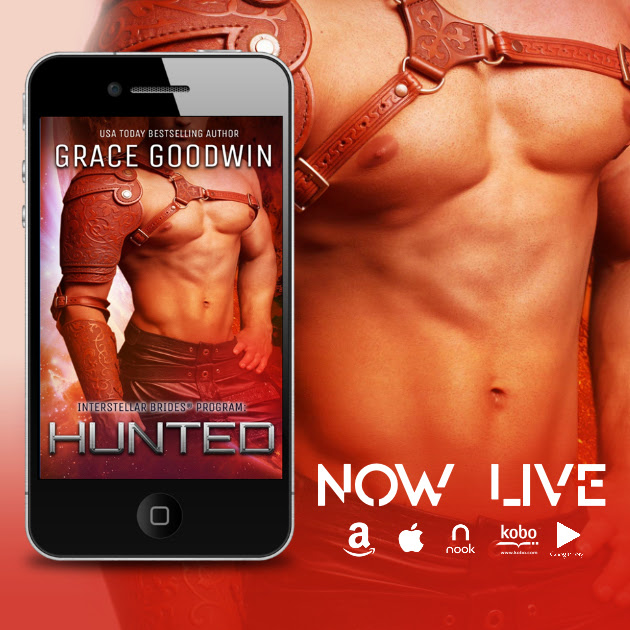 ★★★ NOW LIVE! ★★★
Trapped. Tortured. Only she can save him from the Hive.
Hunted by Grace Goodwin is LIVE!

Trapped. Tortured. Only she can save him from the Hive.

Vice Admiral Niobe has resisted the temptation of the Interstellar Brides Program for years, certain there is no male in the universe willing to sacrifice his vision of a perfect life to be with her. Shocked to be matched to her father’s home world of Everis, she transports, expecting to find an eager mate waiting for her. Instead, she arrives within a secret Hive integration center to find him resisting a merciless enemy.

Elite Hunter Quinn might have been captured by the Hive, but he’ll sacrifice anything to save the mate he never expected… never imagined would appear like an angel in the middle of hell. A warrior in her own right, Niobe’s too stubborn to leave him behind. And even if they escape the Hive, their personal scars run deep. Battle and bloodshed are easy. But healing a wounded warrior’s heart? That may prove impossible.