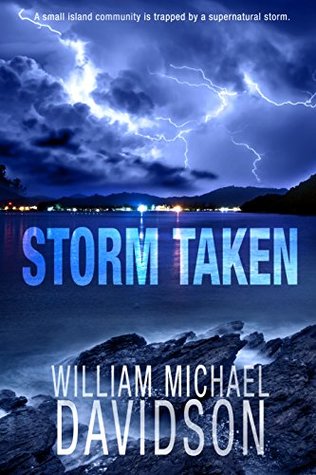 Trapped on Naples Island, Eddie Dees does everything he can to hold his family together. A supernatural storm is feeding on people’s fear and paranoia. The more people turn on each other, the stronger it becomes.

Believing there are small, systematic breaks in the storm, he plans to make his way off the island with as many residents as possible. But he must first deal with the crazed gunman roaming the streets as well as another growing threat: Klutch, a violent army vet suffering PTSD, has recruited a band of followers who believe the storm is a weaponized weather experiment gone awry. Klutch plans on stopping anyone from leaving the island, and one of his followers is Eddie’s own teenage son. Readers of Stephen King, Michael Crichton and Joe Hill will enjoy this supernatural thriller. 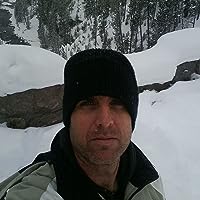 About the author: William Michael Davidson lives in Long Beach, California. A believer that “good living produces good writing,” Davidson writes early in the morning so he can get outside, exercise, spend time with people, and experience as much as possible. He is a writer of suspense and speculative fiction. If he’s not writing, he’s probably at the beach.

My Review:  Storm Taken is a fast-paced mystery thriller that is sure to keep you up at night. This spine chilling read is perfect for anyone who loves a good mystery. Davidson has created an interesting story with characters that are well-developed, relatable and realistic. A story that is sure to pull you in from the beginning and hold your attention until the very end. A thrilling emotion roller coaster read that will stay with you long after reading. ** I received a complimentary copy in exchange for my honest and unbiased review. This post contains affiliate links and I will be compensated if you make a purchase after clicking on my links.**