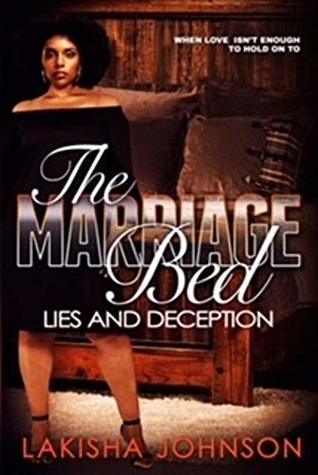 Lynn and Jerome Watson have been together since meeting in the halls of Booker T. Washington High School, in 1993. Twenty-five years, a house, business, and three children later they are on the heels of their 18th wedding anniversary and Lynn’s 40th birthday.

Her only request … a night of fun, at home, with her husband and maybe a few toys.

Lynn thinks their marriage bed is suffering and wants to spice it up. Jerome, on the other hand, thinks Lynn is overreacting. His thoughts, if it ain’t broke, don’t break it trying to fix it.

Then something happens that shakes up the Watson household and secrets are revealed but the biggest secret, Jerome has and his lips are sealed.

Bible says in Hebrews 13:4, “Let marriage be held in honor among all, and let the marriage bed be undefiled, for God will judge the sexually immoral and adulterous.” But what happens when life starts throwing daggers, lies, turns, and twists?

Author bio: LaKisha Johnson is a woman after God’s own heart, living everyday trying to be better than yesterday. In addition to being an author of over 15 titles, she’s also a wife of 20 years, mother of 2 and native of Memphis, TN. She’s the product of a huge family whom she loves unconditionally. She’s an all-around talented lady who is an ordained minister and speaker. She holds two degrees from Southwest TN Community College both in Information Technology and a Bachelors Degree in Biblical Studies. She has worked in the corporate field for over 20+ years, 16 with the FedEx Corporation. She is also a dedicated blogger, delivering a devotional blog 5 days per week entitled ”Kisha’s Daily Devotionals.”

LaKisha wants readers of her books to step outside the box and read with imagination. She works hard to ensure her works are realistic and that readers can enjoy every second of them while getting a message God would have them receive. She will tell anyone that writing didn’t find her but it was etched within her when God created her. God is the reason she’s who she is and she will never deny it!

One thought on “PROMO: The Marriage Bed by Lakisha Johnson”