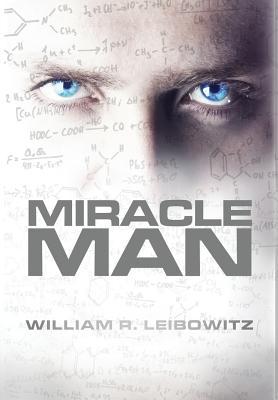 Miracle Man by William R. Leibowitz – The victim of an unspeakable crime, an infant rises to become a new type of superhero. Unlike any that have come before him, he is not a fanciful creation of animators, he is real. So begins the saga of Robert James Austin, the greatest genius in human history. But where did his extraordinary intelligence come from? As agents of corporate greed vie with rabid anti-Western radicals to destroy him, an obsessive government leader launches a bizarre covert mission to exploit his intellect. Yet Austin’s greatest fear is not of this world. Aided by two exceptional women, one of whom will become his unlikely lover, Austin struggles against abandonment and betrayal. But the forces that oppose him are more powerful than even he can understand. Robert James Austin is REVERED by many and REVILED by some. But none can doubt that he is REMARKABLE.

About the author: William R. Leibowitz has been practicing entertainment law in New York City for a number of years.  He has represented numerous renown recording artists, songwriters, producers and many of the leading record companies, talent managers, merchandisers and other notable entertainment businesses.  At one point, he was the Chief Operating Officer/General Counsel for the Sanctuary Group of Companies, a U.K. public company that was the largest ‘indie’ music company in the world (prior to its acquisition by the Universal Music Group).  William has a Bachelor of Science Degree from New York University (magna cum laude, Phi Beta Kappa) and a law degree from Columbia University.  He lives in the village of Quogue, New York with his wife, Alexandria, and dog, George.

William wrote Miracle Man because of its humanistic and spiritual messages and because he feels that in our current times– when meritless celebrity has eclipsed accomplishment and the only heroes are those based on comic books, the world needs a real hero—and that, of course, is Robert James Austin.

My thoughts: Miracle Man is an addictive psychological thriller that is sure to get into your head and play mind games. A story that is intensely intriguing with characters that are well developed and engaging. The very beginning grabs you with a baby being found in a dumpster, and raised by foster parents. As the story unfolds the suspense builds making this a truly captivating read. Leibowitz has a uniquely creative way of creating interesting characters that are vividly realistic and relatable. Miracle Man is the perfect read for anyone who loves a suspenseful thriller.  ** I received a complimentary copy in exchange for my honest and unbiased review. This post contains affiliate links and I will be compensated if you make a purchase after clicking on my links.**