Father Creighton and Smith Sinclair.
Two dangerous men inexplicably drawn to me.
One bound by a holy vow, the other by duty and honor.

One emphatically covets my soul.
The other, despite his regrets, desires my heart.
Each demands I surrender my body to his control.

A priest and a soldier.
A demon and a knight.
An eternity in darkness, or a lifetime of love and light.

In the end, I have only seconds to decide.

I’ve got a giant secret no one knows about. Well, two secrets, if you count my spending the last decade stuck hopelessly in love with my brother’s best friend, a man who’s spent most of his life seeing what comes of a not-happily-ever-after ending between two people.

Interestingly, the fact that my heart is stubbornly holding onto this ill-advised crush is actually related to my other secret. It’s sort of an occupational hazard, really, when you’re the pseudonymous author behind a popular series of wildly romantic books that are all fantastically dirty.

Seriously, if this gets out, it won’t be a huge leap to figure out why my ridiculously rugged heroes are all government-issued. Or why the hottest one by far bears a striking resemblance to a certain disciplined-to-the-max, protective-to-the-extreme Marine who treats me like a kid sister.

So, here we are, my two secrets and I sharing the same roof as Lucas Weaver for a stint, with me seemingly unable to stop ruffling and riling him up at every turn. What can I say? Clearly, I’m not the same girl I was when I first started falling for him. But then again, he’s not exactly the same guy either.

Because those fictional heroes I’ve been basing on Lucas?

They’ve got nothing on him now that he knows…everything.

NOTE: It was such a blast collaborating with my great friend Tessa Wood (who’s just masterful with the sweet & steamy) on this **ALL NEW** book for Lucas & Theresa. Hope you have as much fun reading this co-written story as we had writing it (it’s a first for us both, but definitely not the last)!

Escape to California’s wine country in Crush by Mae Wood …
Listen to it now … narrated by Zachary Webber & Savannah Peachwood!!

BLURB:
The only thing headier than wine is lust.

Ryan Royer thought his business trip to California’s Napa Valley would be easy. Land a new client. Taste wine. But when the client is a free-spirited bombshell who presses all of his buttons, Ryan’s world goes sideways.

Ryan has been working hard for a promotion at one of the world’s top investment banks. If he can close this deal for her legendary winery, he gets the job. He can’t let a gorgeous woman with a great laugh get in the way of his goals. Even if she leaves him love drunk.

From a trouser-tightening almost-kiss at a restaurant to a seductive walk through a vineyard at sunset, can Ryan keep his crush on his client under control or will a taste of Kenzie be his downfall?

Listen to a sample of Zachary & Savannah as Ryan & Kenzie now!
https://youtu.be/-Qkx2nl7CXY
Or head to this link for a secret sample not available anywhere else: http://www.maewood.com/secretcrush

About Mae Wood
Professional sassypants and novelist, Mae Wood has been a bookworm her entire life.
She loves cheeses, complicated crafts that she’ll start but never complete, and puns.
A while ago Mae decided that she needed to give up the fear that she couldn’t write “great literature” and write what she wants to read.
And she wants romance. And laughter. And real life.
She wants heroines who are brave. Brave enough to be themselves and brave enough to fall in love. She wants men who are strong and kind.
Mae is the author of Genealogy, a novel that hit the top 100 on Amazon and top 20 in Apple Books.
Mae is married, and has two darling children and an old dog who naps at her feet while she writes. 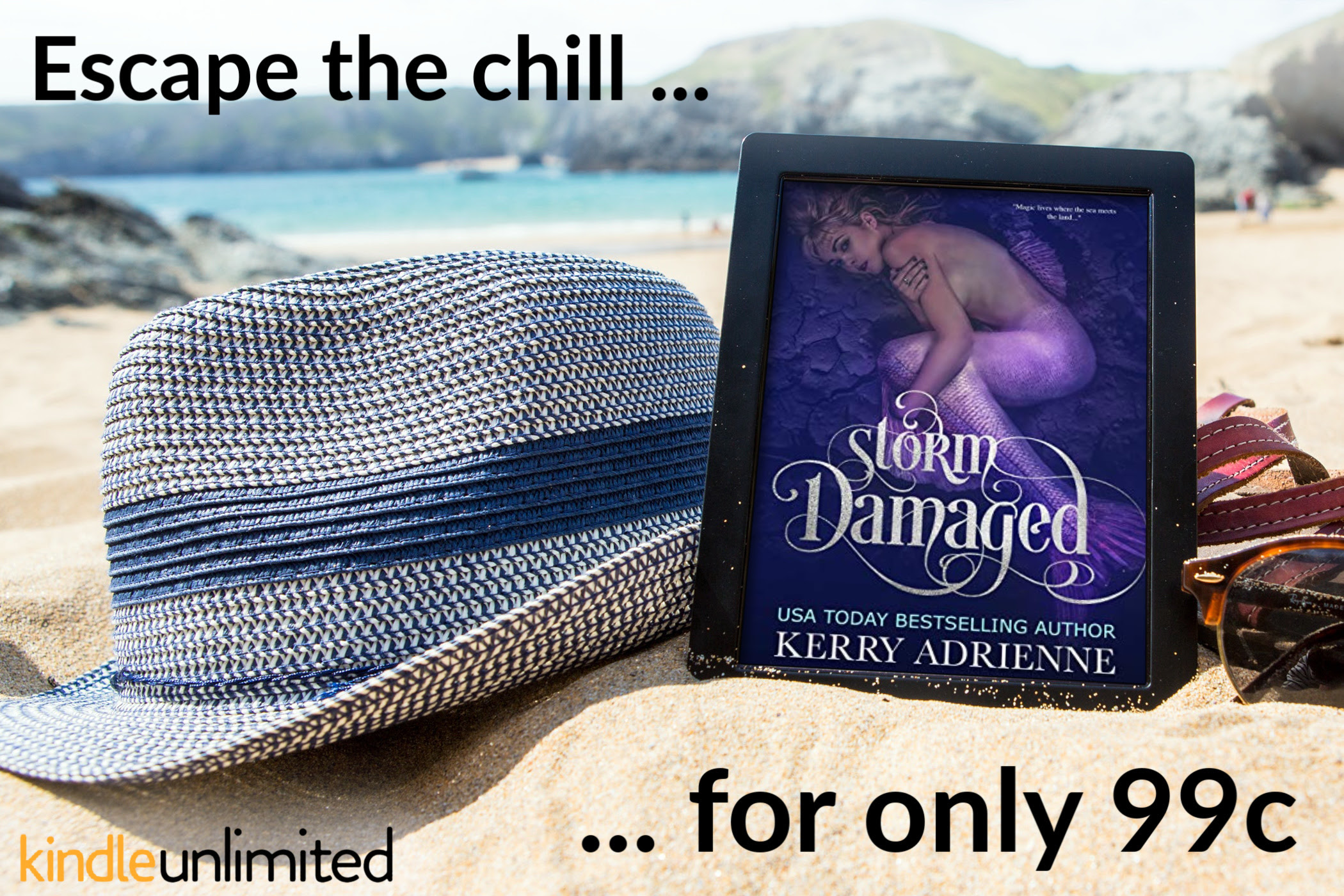 Escape the winter chill with Storm Damaged by Kerry Adrienne
and one click now for only 99c!!
Amazon  https://amzn.to/30fQjCs
Or read for #FREE with Kindle Unlimited!

She’s running from a life she doesn’t want. He’s hiding from a past he can’t forget. But the tide is turning in favor of new beginnings…

In a world where humans don’t know mermaids exist, independent Mari leaves her ocean home behind to start over on land. Her quaint island life, free of her overbearing mother, her possessive betrothed, and her tribe’s unrealistic expectations, is exactly what this mermaid needed. And the sexy bartender above her shop gives her hope for a future that isn’t so lonely.

Former Navy diver Chase has never recovered from the accident that claimed his brother’s life. And his unshakable fear of the ocean, a place he used to love, is all the more reason for him to sell his bar and move inland. Not even the mysterious beauty who rents the shop below his bar can lift his spirits. He’s too damaged to even consider a relationship.When a hurricane threatens the island, Mari and Chase must work together to save both his bar and her shop. But as they make preparations, and become marooned on the island, they don’t realize that the storm won’t be the worst challenge they face. Mari’s betrothed is on the rampage, incensed she won’t marry him and determined to get his revenge.

★ ★ FREEBIE ALERT ★ ★
Submission by LK Shaw is FREE! (for a limited time)
Amazon US →   https://amzn.to/35yY0Va
And #FREE with Kindle Unlimited!
The moment I laid eyes on Penny, her innocent, submissive nature called to my dominant side. I immediately volunteered to guide her exploration into my dark and decadent world.

I’m also playing a deadly game of cat and mouse with an obsessed psychopath whose goal is to destroy me. When my worlds threaten to collide, I’m forced to call it quits between us.

Soon I discover I’m too late, and she’s caught in the crossfire. Now, I’ll do everything in my power to protect the woman I’m falling for.

READ THE REST OF THE DOMS OF CLUB EDEN SERIES NOW 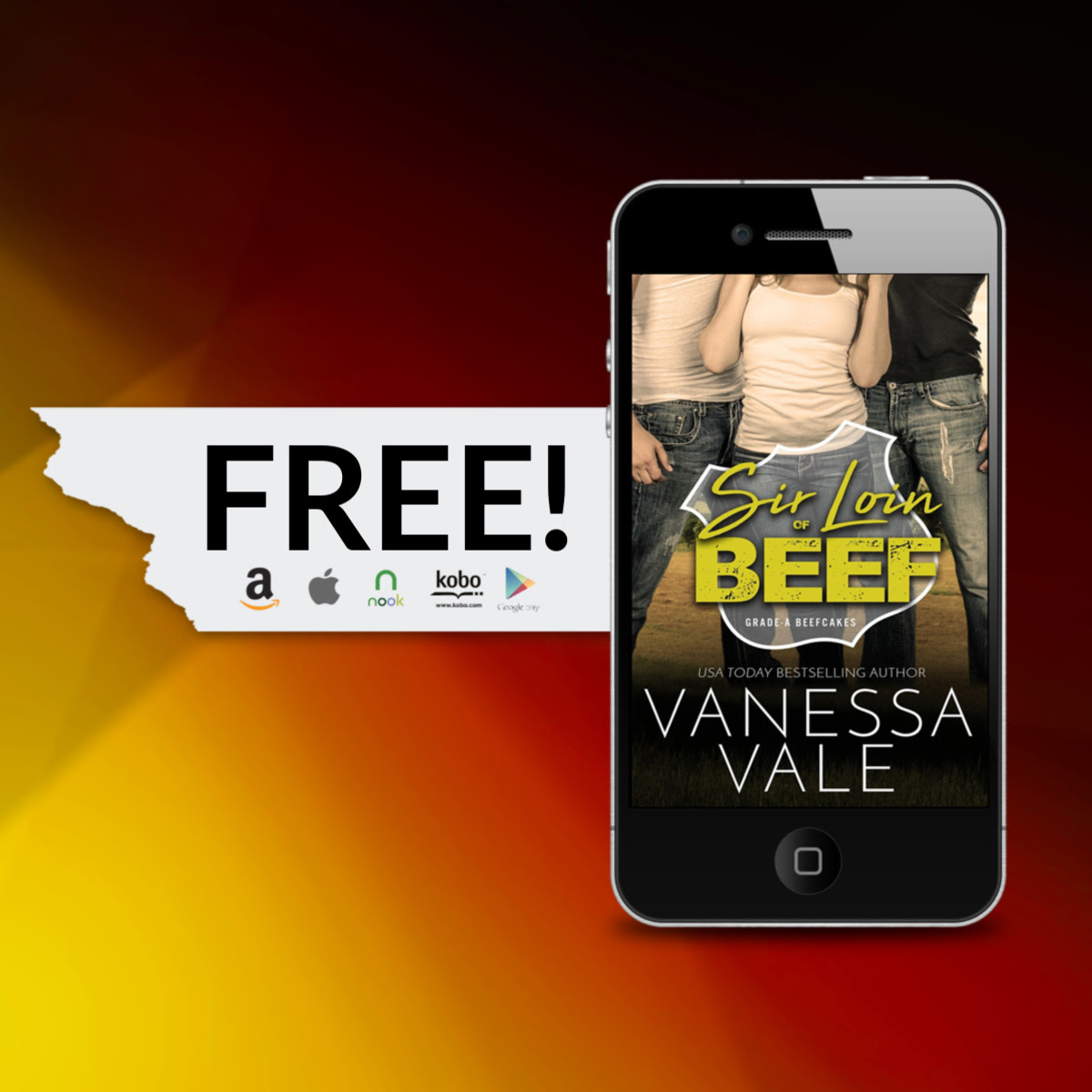 They might call me Sir Loin of Beef, but when I see Kaitlyn for the first time, stick a fork in me, I’m done.

But I won’t claim her alone. Jed Cassidy and I share everything, and that includes her. If the sweet little librarian isn’t ready to be wrangled by two rodeo champs, we’ll just have to break her in nice and slow. She’s ours. We will win her over—body and soul—and when we do? Well, let’s just say we’ll give her a hard ride…and it’ll last a hell of a lot longer than eight seconds.

Kaitlyn Leary takes one look at the sexy cowboys and can’t remember the last time she was so eager for a double helping of… big beef. But giving in to desire might ruin everything. Because the truth is that this small town librarian isn’t all she seems. Landon Duke and Jed might be talking about a future of picket fences and making babies, but the past could destroy it all. Still…two cowboys?

Remember: With a Vanessa Vale book, one cowboy is never enough. In this smokin’ hot series, each heroine gets an extra helping (or two) of Grade-A Beefcake. 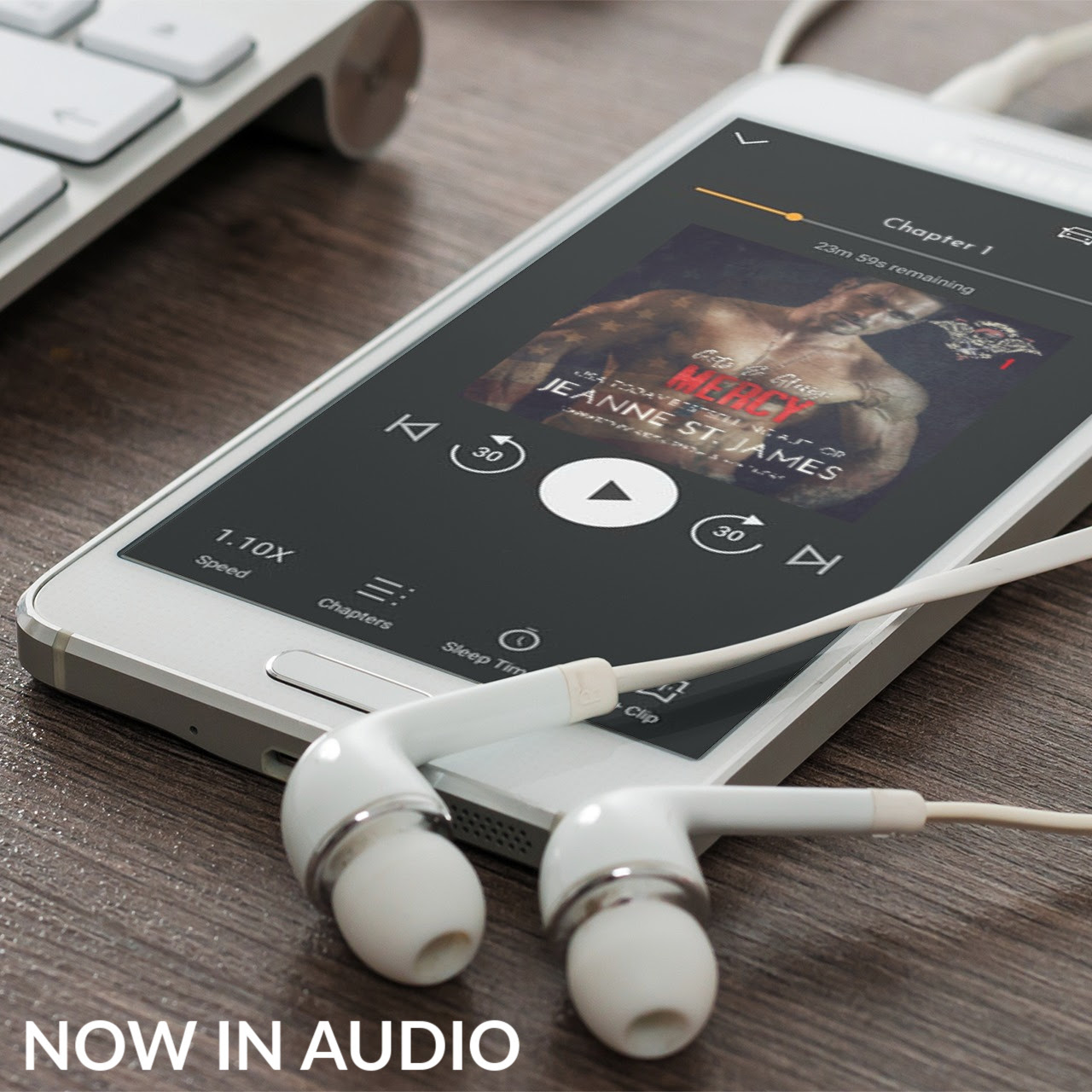 You must fall before you can rise…
Former Delta Force Operator. Scarred inside and out.

In the military, Mercy had seen and done things most people could never imagine. Now working for In the Shadows Security, dangerous jobs are his specialty, the more difficult the better… until his boss assigns him to protect a spoiled, rich woman who never shuts the h*ll up. He has two ways to stop her running mouth, but either could get him fired.

However, first impressions can be deceiving, and underestimating this woman is a mistake Mercy never intended to make. One that might not only threaten his job but the carefully built barriers he’s surrounded himself with.

Witness to a horrific crime, Parris must leave Vegas immediately. After her best friend hires a professional to get her out of Nevada and keep her safe, she discovers there’s more to this emotionally crippled “bodyguard” than meets the eye. As a therapist, Mercy’s a challenge Parris can’t ignore, even when his walls seem too high to breach.

In the end, will Mercy not only be able to keep her safe but allow her to save him? Or will he let the woman who’s become his addiction simply walk away?

Note: Mercy is the first book of the Guts & Glory series, a six-book spin-off from my Dirty Angels MC series. While it’s recommended to read both series in order, each book can be read as a stand-alone. As with all my books, this has an HEA and no cliffhanger or cheating.